November 18, 2011January 20, 2015
The last few months here have been crazy.  Literally speaking, they’ve been such a whirlwind, that every time I’ve even thought of writing, I’ll forget about 10 minutes later because I’m on to something different.  But tonight, I felt like I had to write….there’s too much to say all in one post, but this message keeps coming through different ways, and so it must be something that is important.  So here goes.

Have you ever been faced with something where you thought, “how am I supposed to pray for this!?”…you battle within yourself whether you should pray for a miracle, or not, because you “know” that it won’t happen probably and that whatever it is in front of you will just turn out the way things “normally” turn out, whether that be good or bad, but either way you pray it’s not really going to be different.  Have you been there?  I have, and I’m sure some of you have too.  You’re like….you trust in God, but really when the odds look so grim you just don’t know if you should pray that God will perform a miracle or if you should just accept the fate & pray for God to give peace.

Well…..here’s a question for you: How well do you know God?

Really, how well do you KNOW Him?  The earth is finite, right?  Meaning there’s only limited outcomes, options, possibilities, etc.  But God is NOT.  He created the earth, so He doesn’t live within the confines of our existence, He lives in the freedom of His!  So when we pray, are we underestimating the power of God by not even asking for something bigger than we could even imagine?

This spring, things were going along just “normal” until one day I went to work & they told me that I was being laid off.  Oddly enough, I wasn’t devastated.  Honestly I’d been having a conversation with God about what was next….I wasn’t sure that where I was then was where He would always want me to be…so when I heard that I would be leaving in a month, it was a little bit of an “okay God, now what…” moment.  Financially I was okay for a little while, so I decided that since I had so many things planned for the summer, I would wait on God for just the right thing, and not pursue another position until the middle of August.

At the beginning of July, I visited my dad in TX, and finished a book called “Sacred Waiting” by David Timms.  It seemed that book was perfectly timed, by hitting on my period of waiting that had just been semi-imposed upon me by getting laid off.  I went back to MN to prepare for an art show before heading out on another vacation with some friends (which is another story all in itself) and two days before I left I got a strange call.  It was one of my old supervisors, from the job I had just left.  He said that his wife had met a guy at a concert, and that through random conversation, he mentioned they were looking for someone like me and so she mentioned my name and now that guy was trying to get in touch with me about a job.  That morning, I researched the organization, called & left a message and two hours later got a call back. They wanted me to come in for an interview 2 hours later.  Here’s the scenario: I’m in my PJ’s at 1pm, I don’t have a current resume, don’t have a printer if I DID have a current resume, wasn’t sure that I had any clean business clothes to wear and was then living an hour away from the office….so naturally I said “of course I can make it by 3pm”. lol.  I stood in line behind three 10 year old girls at the public library to print off my resume, and barely made it in.

To make the rest of the story short, I was offered the job the next day.  It was outstanding.  I feel so blessed, and I know that this kind of thing does NOT happen that often, but it was like….God was reminding me that He does things in HIS timing and way, not necessarily ours.  So this weekend, we’re hosting an event, hoping to draw in 5,500 people! We’ll be sharing the gospel and feature some great musicians!  And through the planning, I’ve been nervous, wondering how it’ll all turn out, what will happen, who will come, etc.  And sitting here tonight, being reminded of God’s miraculous power through the book of John, I’m finding peace knowing that God’s got it.

He’s greater than anything we can imagine, and so He’s capable of doing more than we can imagine.  We just need to stop underestimating Him and closing doors where He wants to show us His miracles!  Where does God want to do a miracle in your life, or challenge you to trust in Him more?  As you think on that, also remember us this Saturday in prayer.  Pray that people will pack the house, pray that people will respond to the gospel, pray that the Lord would do something that we could have never imagined!  Hallelujah! 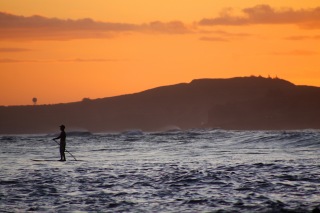 (If you want to watch our concert streaming live, tune in Saturday at 7pm Central at: http://livestre.am/16gGw)