January 22, 2012January 20, 2015
Well, we made it! A little later than we had planned on, but the whiteouts & cars in the ditch didn’t stop us from getting to WinterJam!  🙂  We all had such a great night, experiencing the music in a new way…..as people in the audience, not just working behind the scenes. It was a great time.  There were so many people who stood to say “Yes” to Jesus too, that it was quite overwhelming!  All the bands were (as usual) really good…probably better because I was actually given some time to sit & watch rather than strain to hear anything from the outside concourse! 🙂  Here are some photos/videos from the night. 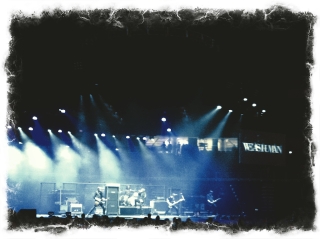 More here…
And…..keep watch, there’s a change a comin’ to this blog life of mine, and I think you’ll enjoy it!