If I EVER get a chance to go here & it won’t make me bankrupt, I want to go. Probably wouldn’t last long though because I hate cold weather….but I’d still go.

Here’s a country that I’d like to see just because….mainly because I’ve met a few people from here, and it’s always fun to see where they are actually from! I found a picture of this old French fort outside of Cacao and if I go, I’d want to make a stop here.
20. Canada

I can’t say that this has ever been TOO high up on my list, but the mere fact that I am only hours away from a whole other country, makes me want to go….just to say I’ve been there.
19. Burkina Faso 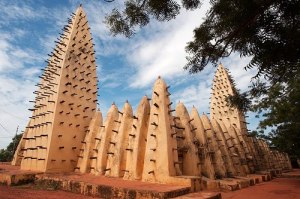 I put this country on the list because I just photographed a wedding, where the groom was from here. Curiosity I guess! This mosque looks really great too!
18. Philippines

It seems that dangerous & war prone areas are the ones that attract me. Despite the instability of the Philippines, I’d love to see this unique country.
17. Namibia

Not really sure why, but during a missions Sunday at my old church, the country of Namibia popped into my head. I got the giggles during church because I just thought it was SO random. It makes me want to go there & figure out what the reason was.
16. Norway

Years ago, I became friends with a few people who are from Norway. Hearing about life there from them, sounded really cool! It sounds like nowhere I’ve ever been….except that everyone in Minnesota is Scandinavian…so it sounds a LITTLE like home, but much cooler. I’d love to see the Fjords and the fishing villages!
15. Netherlands 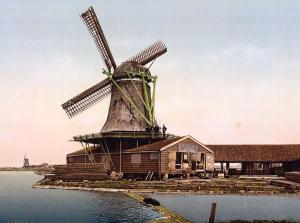 Duh. I’m half-Dutch, why wouldn’t I want to go see where my relatives came from? The locks & waterways sound awesome! As well as I’d love to see how much of my family’s characteristics are from the Netherland culture….or just because we’re crazy!
14. Bosnia

One time I was only yards from the border of this country…but it was manned with heavily armed guards…so we stayed away. It piqued my interest & I hope to one day go here after/before one of my Romania trips. Ravaged by war & in many ways still untouched by western culture changes, it would be great to see this country.
13. Israel 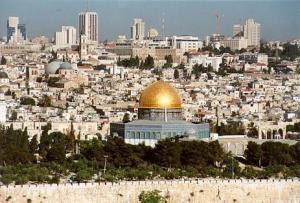 From the beginning, this area and the people living here, have been such a critical part of history. Wars, conflict, religion, passion & doctrine have come out of this place, so I wonder who wouldn’t want to go here if given the chance. Who knows how long this country will last…so I’d love to go before it’s gone as we know it!
12. India

I’ve known many people from India, and always been intrigued by the uniqueness of culture & traditions. The colors here look outstanding, and there can’t be enough said about the food & friendliness of the people. I’ve heard it is very dirty & smells….but I could put up with that while I indulge in their beautiful country.
11. North Korea

I remember learning about North Korea in 5th grade. I wanted to go then…and still want to go now, although I realize it’s very dangerous and currently illegal. Still, I want to explore this hidden & guarded land. Maybe someday.
10. Greece 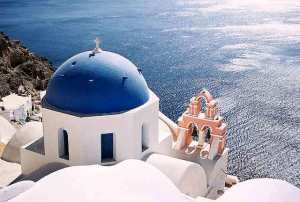 Look at these waterfalls & the power in them! They are the Iguassu Falls….and this picture is sick. It makes me want to hop on a plane NOW!
8. Ecuador

When I was just a little girl, apparently we had a missionary from Ecuador come to visit our church. I was enthralled by them, and ran around the house saying…(phonetically & emphasis added)… “KEE-TOH, EK-a-door.” I’ve been drawn to it ever since.
7. Croatia 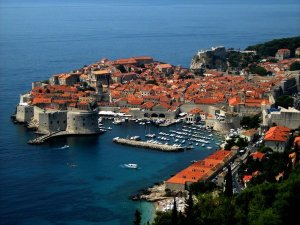 This is a land that has been ravaged by war, and yet retains so much beauty right on the coast of the sea. Just soak in these bright red roofs contrasted by the teal blue sea….a—mazing.
6. El Salvador 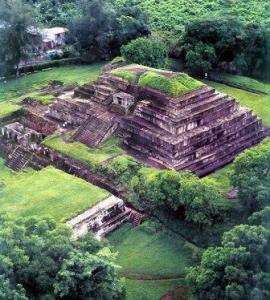 This is some place that I’m just curious about. You don’t hear about it often, and sometimes those are the best places! My great aunt visited here once, and got these photos of a man & woman making hats & clothing in a dimly lit room…it captivated me. Where are these people from, what is their life like?
5. Argentina

Last fall, I went through a time where employment was uncertain for a few of us. During that time, trying to find hope of something else if we found pink in our mailboxes, my friend & I decided that we would move to Argentina. This country has such diverse landscapes….from snow to beaches, rain forests to deserts. Amazing.
4. Turkey

A country full of culture, history, religion & adventure…what’s not to love? I recently found a destination here that I simply MUST see some day. It is called “cotton castles” or Pamukkale, where sulfuric hot pools bubble up from the earth & over flow into a facade of snow like drifts, welcoming relaxation seekers to find peace in their warm embrace. (No, I did not copy this…..that is truly what I feel towards this wondrous natural wonder.) AH.
3. Spain

(Palma de Mallorca) This is a destination that has been on my list for a while. My Aunt apparently always spoke of Palma de Mallorca as one of the most beautiful places she traveled to….which says a lot, being she was ALL over the world. Two of my brothers’ biological siblings live here, so it would be great to visit!
2. Egypt

Since I was little, I’ve always wanted to see Egypt for myself. I’m fascinated with history & archeology, that Egypt would be like a “mecca” type trip for me. Someday I want to dress in colorful robes & ride a camel around the Pyramids.

I want to see Morocco SO bad. It just brings such intrigue & culture. Colors (like in this picture) really draw me to places like this. Also, my Aunt Helen visited Morocco too & I currently have her photos hanging in my room. She caught such beauty that I want to experience it too!!